A LANDMARK BUILDING IN THE HEART OF BRISTOL’S BUSINESS DISTRICT

“This vast atrium has come to life with so many people using the space – it really has been great to see the behaviour change following the physical transformation, precisely fulfilling the brief we were set. A coffee and a comfortable place to touch down are too inviting to pass up.” 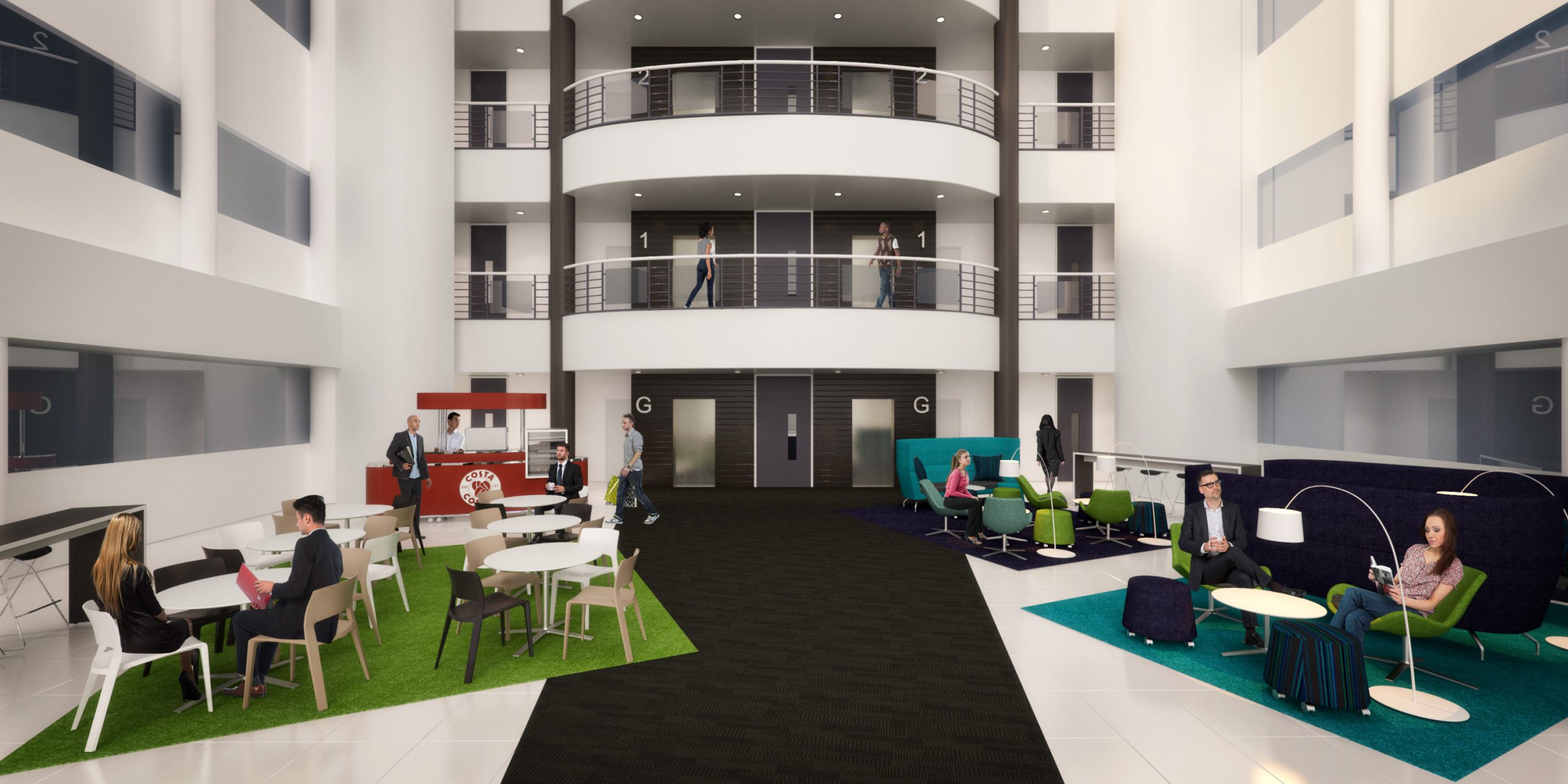 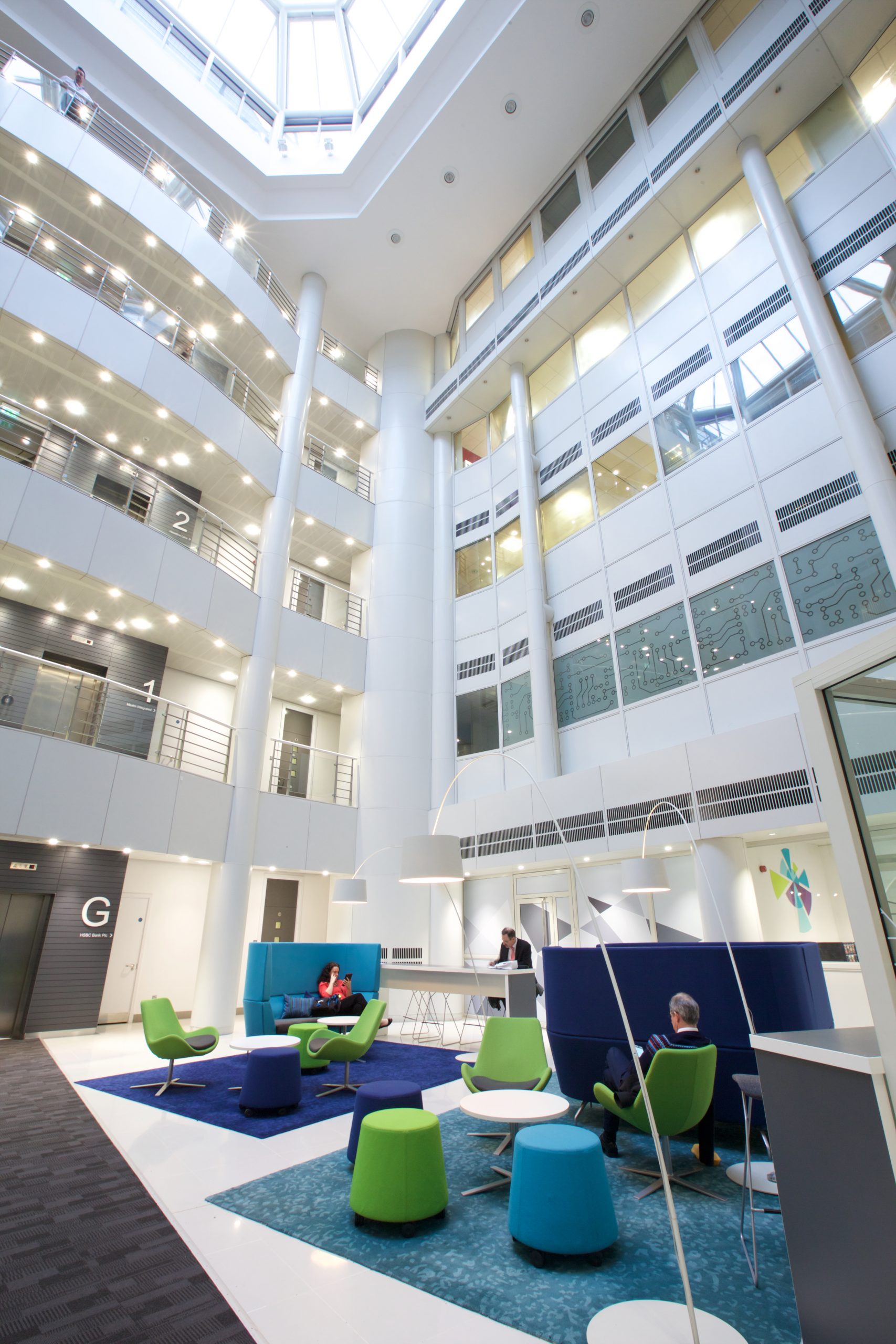 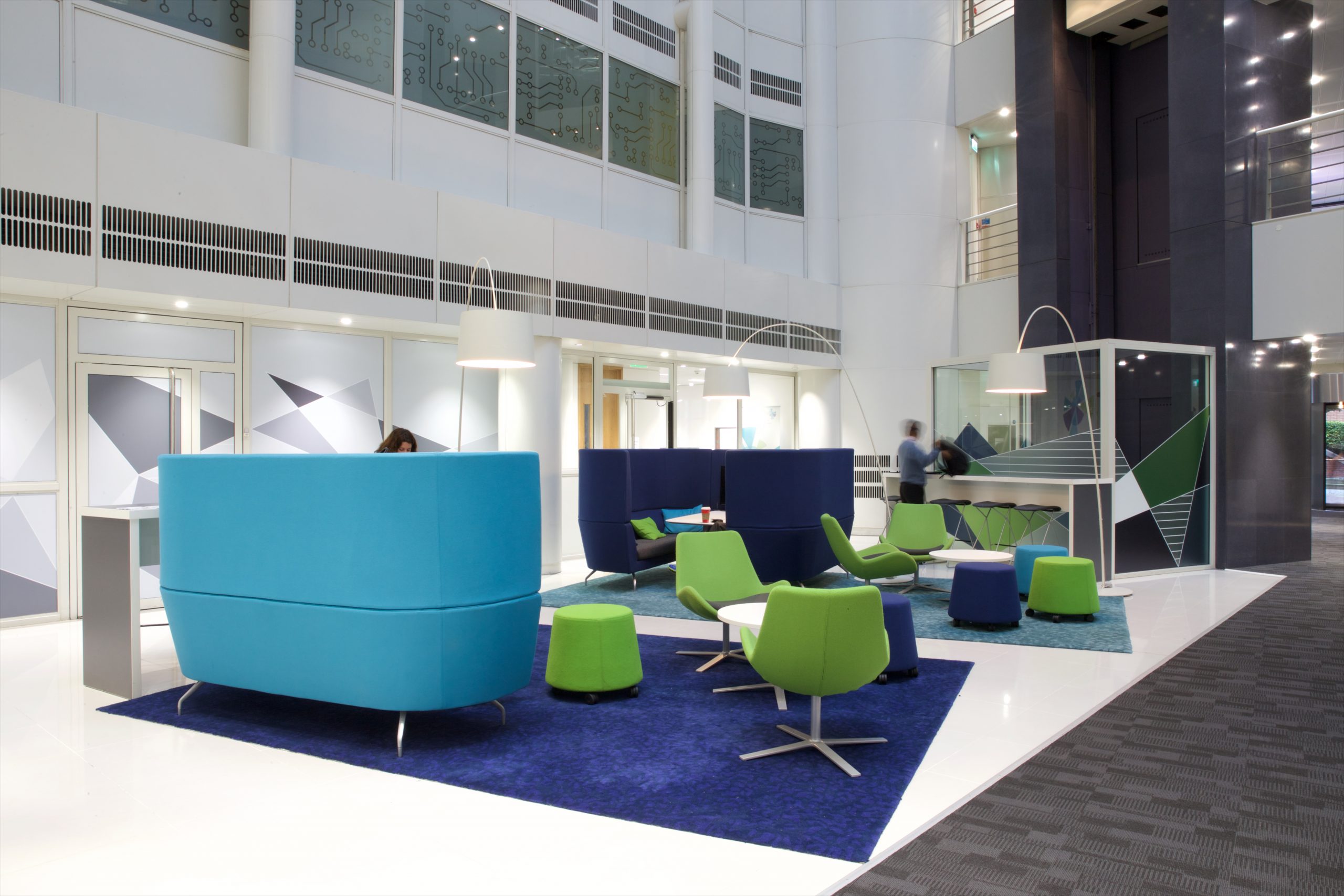 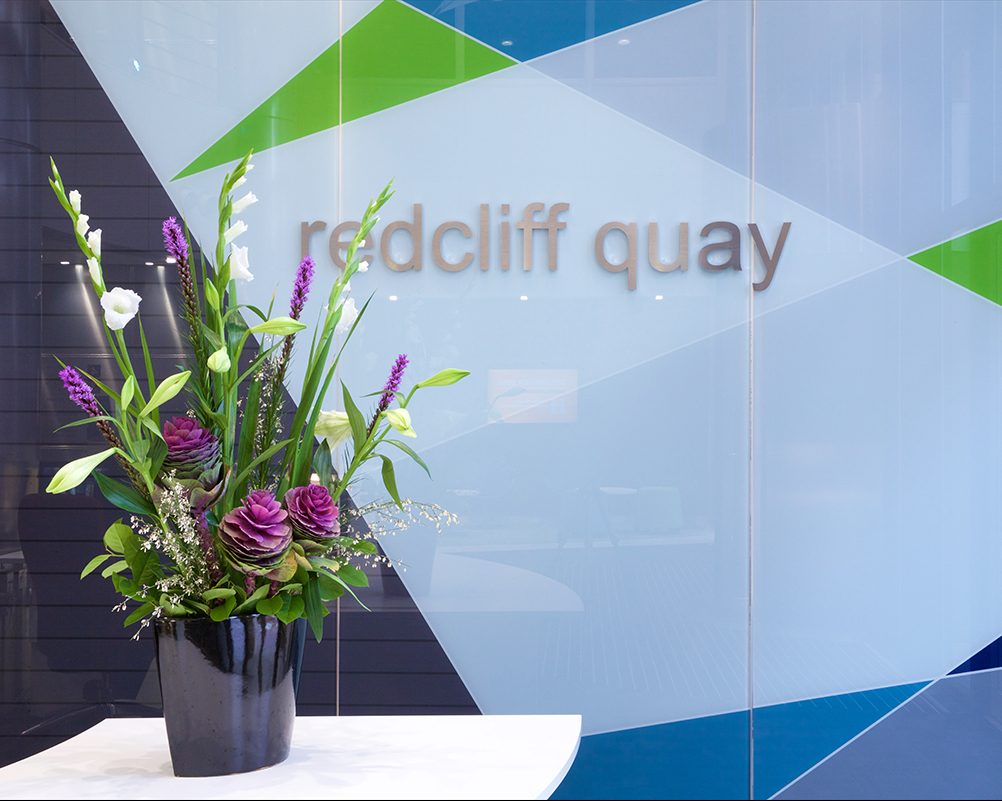 Redcliff Quay is a landmark building within the heart of Bristol’s business district which overlooks the city’s Floating Harbour. Wylde were approached by JLL to create a design for their client Legal & General Property to regenerate the currently under utilised reception and atrium area for the building.

The brief was to give new life to the space and create a much more desirable atmosphere at the centre of the building making it stand out in the competitive Bristol market, which in turn would open up opportunities for business.

The project included transforming the large atrium into a modern cafe space, with the addition of providing an informal meeting zone for both existing and potential tenants.

Wylde created a number of different seating zones, softening the large echoing space with the combination of softer floor finishes and a mixture of furniture styles to create a space which could function for the variety of tenants and also feel welcoming to visitors. 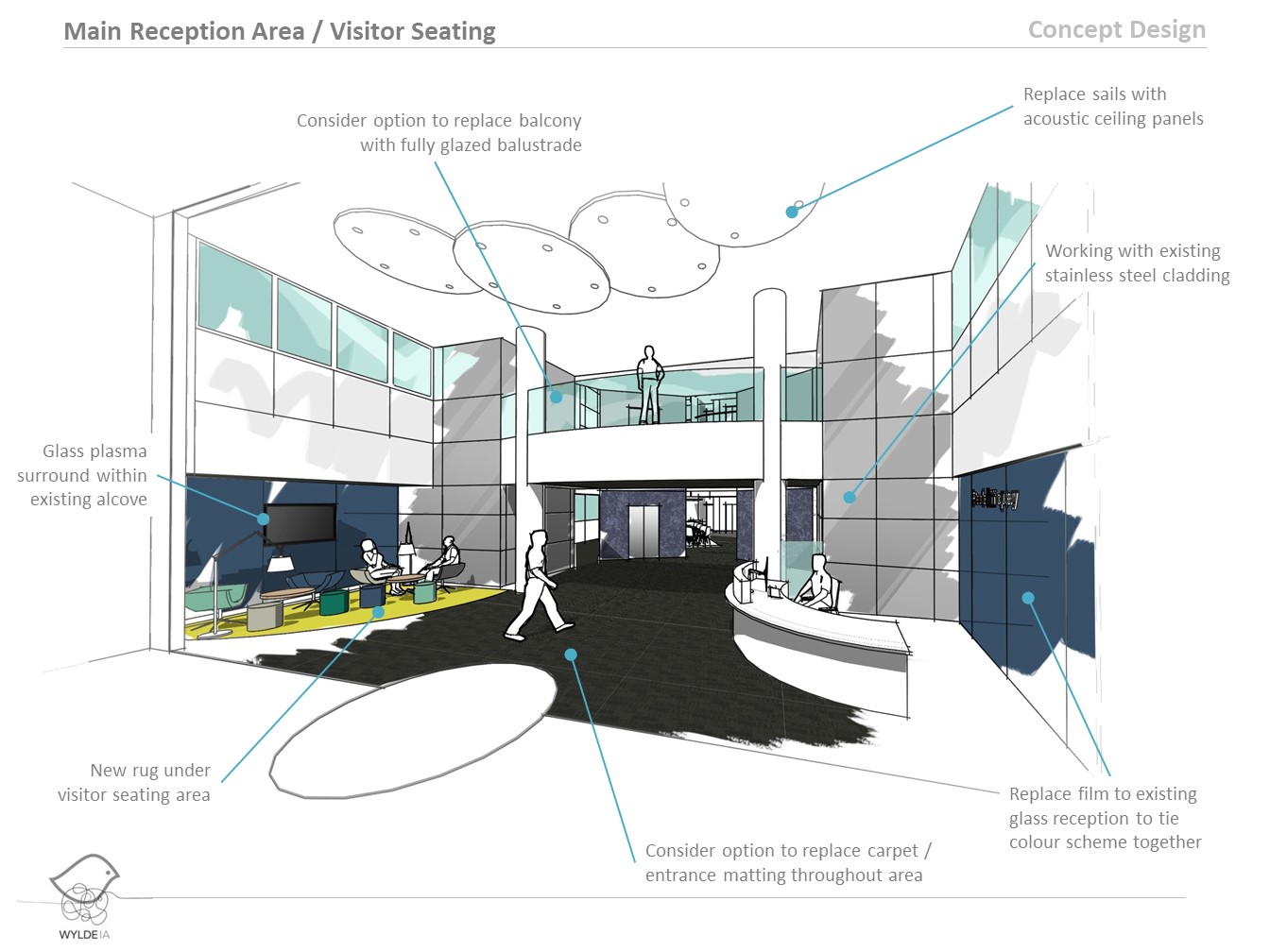 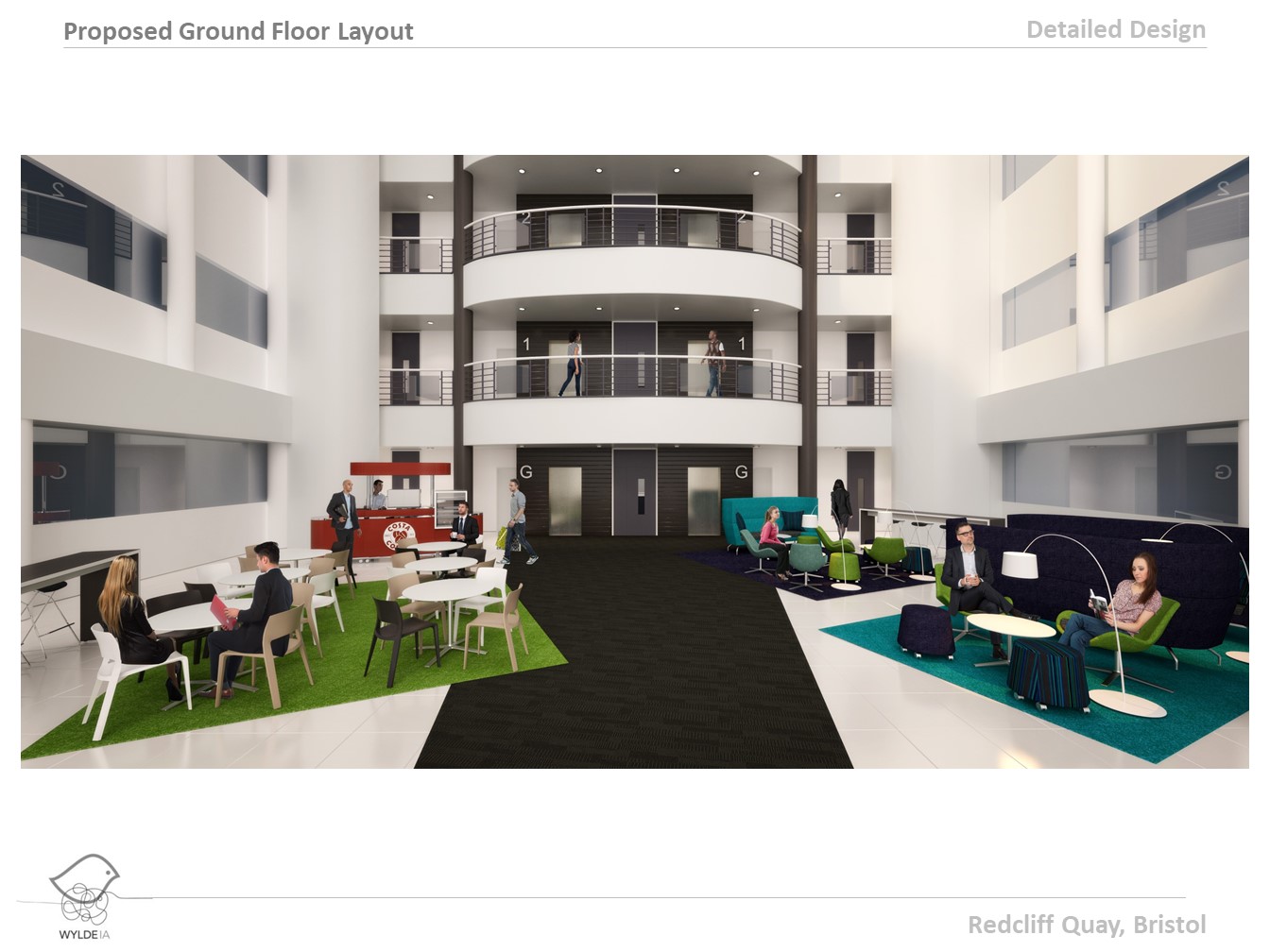 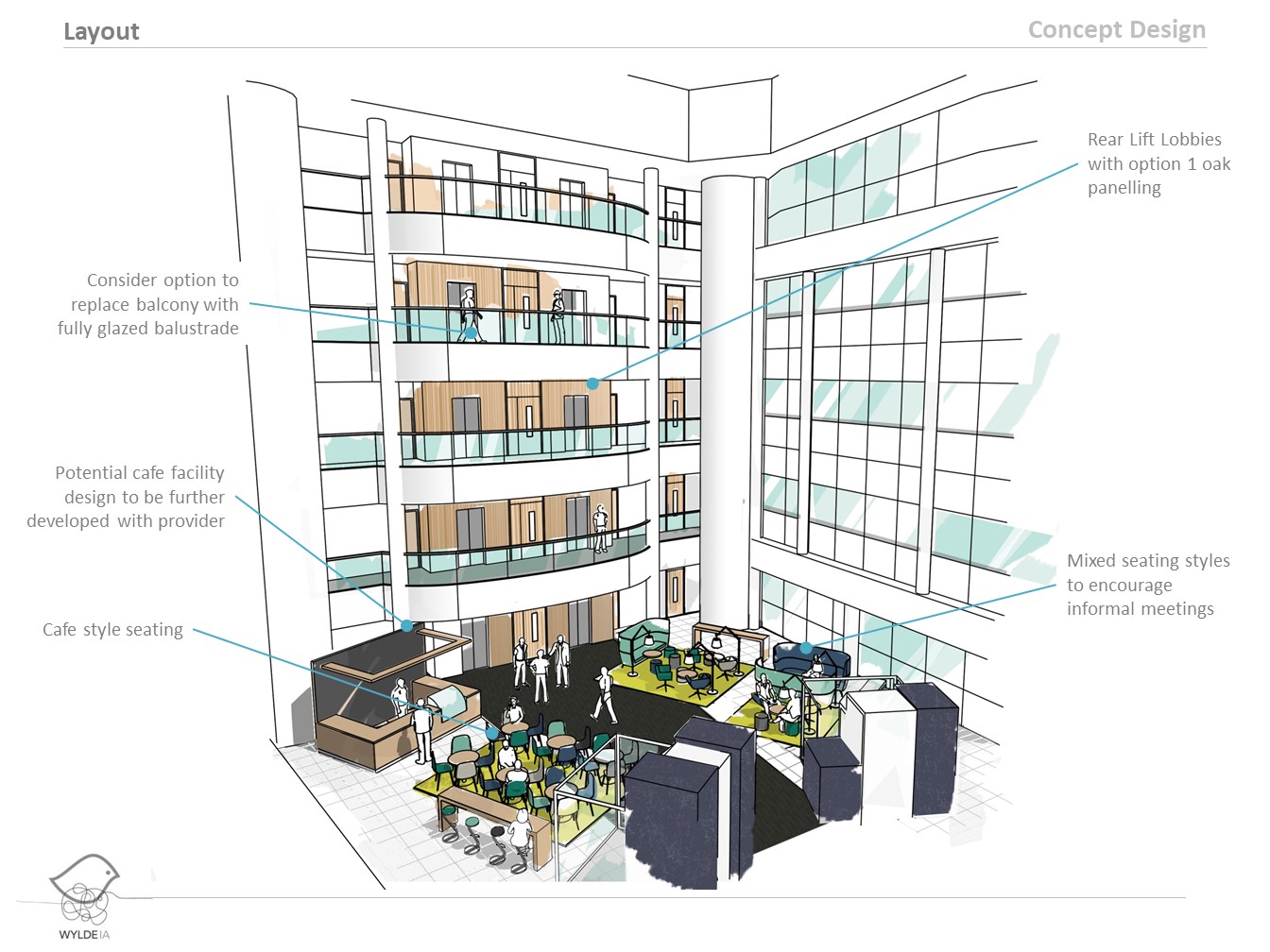 The major refurbishment of all the common parts has wholly rejuvenated Redcliff Quay and has successfully fulfilled the brief as a number of the previously empty spaces have now been filled and with increased interest in the remaining spaces.

Wylde worked with the client from the initial briefing stage through continued design development including a range of visualisations, with ongoing meetings though the implementation stage until the final product was realised. Early stages saw the design developing from artist impression visuals and vignettes of small elements through to a final CGI.

Due to the context of the project and the need to be able to market the building and show potential new tenets the proposed plans, Wylde worked with a local CGI specialist to create a Computer Generated Image of the space which could fully demonstrate the final design to others.

The best part of projects like Redcliff Quay is when as a designer, you return and you can genuinely see and feel the change in the building, and when users themselves express how much they use and enjoy the space. 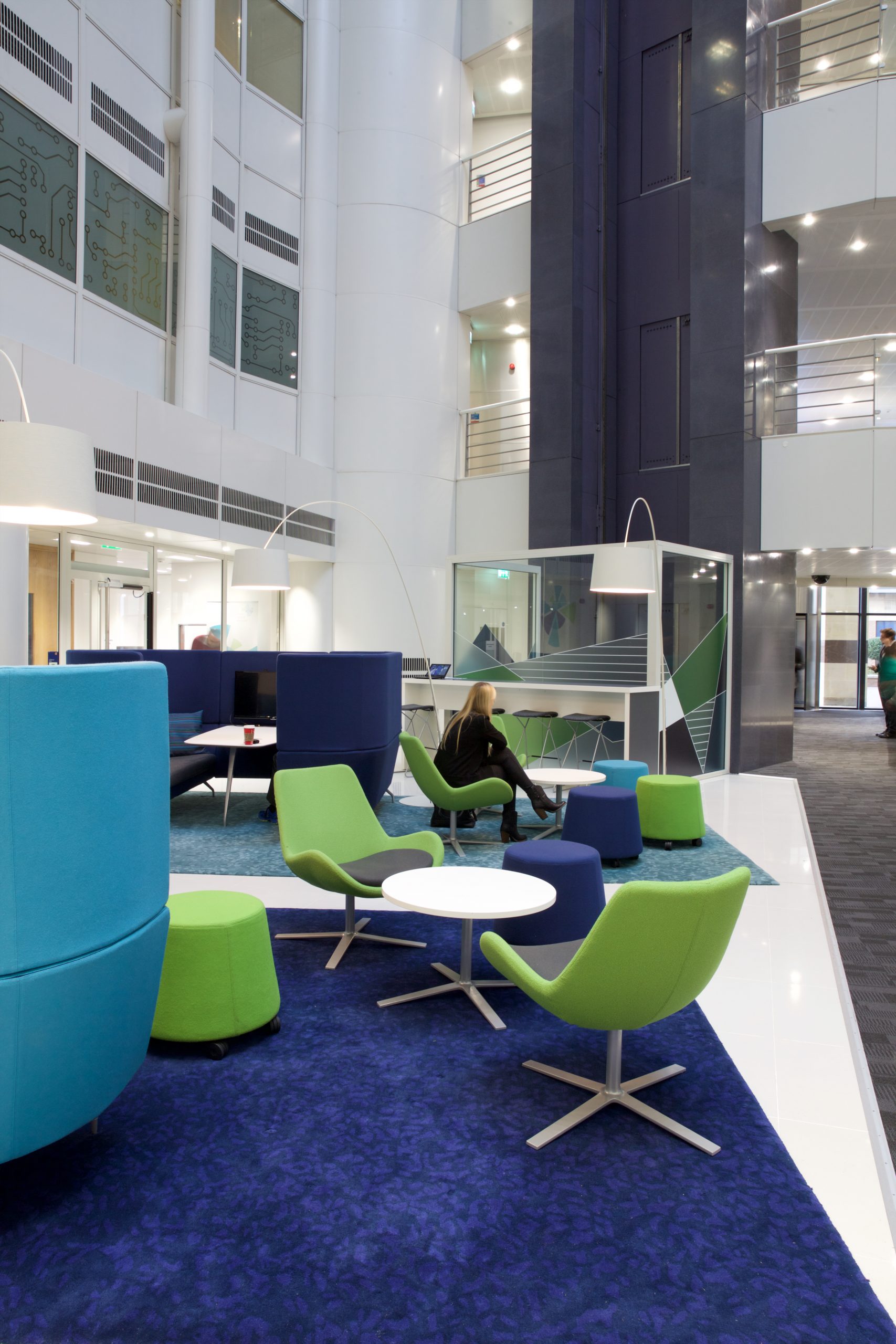 BACK TO OUR WORK